A Brief History of the Sons of the American Legion

A Brief History of the American Legion Auxiliary

Founded in 1919, The American Legion Auxiliary has nearly 1 million members from all walks of life. The Auxiliary administers hundreds of volunteer programs, gives tens of thousands of hours to its communities and to veterans, and raises millions of dollars to support its own programs, as well as other worthwhile charities familiar to Americans. It is all accomplished with volunteers.

A Brief History of the American Legion Riders

In Garden City, Mich., in 1993, Chuck "Tramp" Dare and Bill "Polka" Kaledas, commander of American Legion Post 396, shared an idea to start a motorcycle enthusiasts association within the organization. The two longtime riders wanted an environment where Legion family members could come together to share a common love for motorcycles.

Dare and Kaledas wrote a letter to Michigan Department Adjutant Hubert Hess, sharing their idea. Hess replied that he liked the concept and wanted to pursue it. Later, he gave Kaledas and Dare instructions for managing the program at the post level. He also explained how they could be approved to use the American Legion emblem, and how to gain Membership's support and recognition. At a regular meeting, Post 396 members passed a resolution for a new program to be known as the "American Legion Riders." 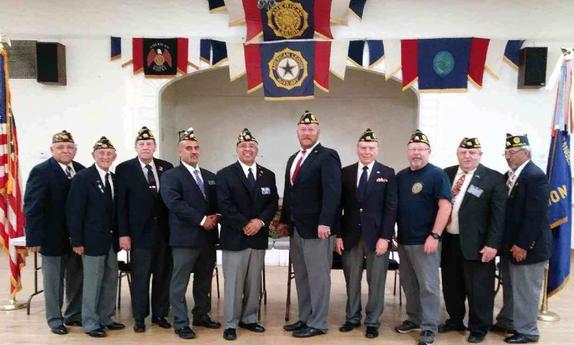 A Brief History of the American Legion

The American Legion was chartered by Congress in 1919 as a patriotic veterans organization. Focusing on service to veterans, service members and communities, the Legion evolved from a group of war-weary veterans of World War I into one of the most influential nonprofit groups in the United States. Membership swiftly grew to over 1 million, and local posts sprang up across the country. Today, membership stands at over 2.4 million in 14,000 posts worldwide. The posts are organized into 55 departments: one each for the 50 states, along with the District of Columbia, Puerto Rico, France, Mexico and the Philippines.

Over the years, the Legion has influenced considerable social change in America, won hundreds of benefits for veterans and produced many important programs for children

and youth. For a more information about the Legion's history...click here.